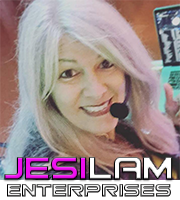 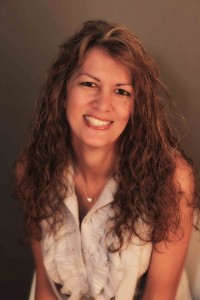 As the first-born son to Cuban parents, I was raised as your typical little latin boy. Yet despite my upbringing, I can remember at a very young age, I desired to be a girl. And although neither of my parents encouraged this, I felt this inevitability. I was intrigued by the female identity, the fashions, the visual presentation, and how a girl behaves and how she feels. I didn’t always fit in with the rest of the boys, because inside… I wanted to be just “one of the girls”.

Late in my childhood years, I would experiment and pursue these desires by indulging in feminine routines like shaving my legs, styling my hair and shaping my eyebrows. And into my teenage years I would adorn myself in feminine fashions and styling my hair long; After all it was the 80’s… glam was “in” and it wasn’t so unusual. But secretly I always knew that these feelings ran deeper than I would ever actually let anyone know, at least until I was much older. And growing into my adulthood became such a struggle…

I was a “late-bloomer” and had many mixed emotions through my teenage years. I was embarrassed by my body; And secretly at night, I wished to God I could wake in the morning as a girl. Although I wanted to be female, I did not find myself attracted to boys, but preferred dating girls. So I’d hide these feelings. And when I became serious with a girlfriend, I had to explain why I looked more feminine than the other boys. This added to the mystery that was me, but I was always too afraid of disclosing my inner most desire of becoming a woman and ultimately feeling I might be a lesbian. (My parents always assumed I was “gay”, turned out they were right… just not the “gay” they thought I was).

In my mid twenties, I decided on the journey I’d take with my life… it was time to act upon my aspirations and become true to myself. Like so many others, I was searching for my place in this world. My main goal in life is to live happily, productive, and to strive in making a difference. I endeavored to act responsibly and determine a way to make my “transformation” as less upsetting as possible to those around me, especially for my family and my children. My reality needed their acceptance and support. So over the course of many years, I made my “transition”. And finally, by my mid-thirties, underwent surgery in my birthplace of Miami. As cliché as it sounds, I was “re-born” as the woman I have always known myself to be…

Over the last decade, I have become an advocate for gay, lesbian and transgender issues in public forums and working with non-profit organizations. I am involved with many local organizations such as Pridelines Youth Services, the YES! Institute, the Alliance for GLBTQ Youth, and Safe Schools of South Florida, among others. I am a known leader in the LGBT Community, having served on the Board of Directors for the Aqua Foundation for Women, and currently serving as Secretary of the Board for Save Dade, as Treasurer of the Board for Drag it Out, and most recently appointed as the Vice President of the Board for the International Transgender Certification Board (ITCA).

Some of my accomplishments include coordinating the first Transgender Education Medical Symposium in May, 2010, in North Miami Beach, FL; and the sophomore conference in October, 2011. I have been, and continue to speak at many Universities and High Schools engaging students and educators through workshops, lectures and stories. I have also facilitated transgender sensitivity trainings for Best Buy and AMC Movie Theaters, as well as other smaller organizations. Other highlights include appearing nationally on television programs such as Larry King Live, and internationally on Don Francisco Presenta, Maria Elvira Live, 7 Dias, among others. I am determined to continue to work towards helping the world understand and learn to accept the differences between all people.

So I have lived as “Jessica” for a good portion of my life now. And through the path of my life I have also loved and lost, all while raising my children who are adults now. And if there’s one thing that I have learned through time… is that life is always changing….